Yesterday was finally che sudaka time!
I had never been to tivoli de Helling and I thought it was a really cool place. Not to big, not to small. I don't really like those enormous stages. For the most part beceause I just can't see everything and for the rest its just so unpersonal.

Anyways, it was awesome as always. The whole audience was smiling the whole time including me

There were some freeze moment in which they all stood still. I still don't understand the lyrics so maybe it was something that added to the lyrics. So annoying by the way. I must really translate those songs somewhere. I just don't get the show without understanding what they are saying I might be oo-ing and yeah-ing to 'let's kill eachother later' well ofcourse that's a worst case scenario but still.. I have always found lyrics 50% of the whole experience and that might be the reason I mostly listen to English or dutch acts. Same problem with metal by the way but they just don't pronounce their words right on stage.

Well so far for my brainfarts. I had to do something while I was waiting for the pictures to upload.
Again their was some almost nudity on stage I guess the guy couldn't have picked tighter boxers. hahaha, I don't know if it was the performance or if he was just happy to see my friend jumping in front of the stage. But well at least now we have more insight on the privates of the Che Sudaka guys also more 'ass-sight' for which I was to slow with my camera but hey.. I also won't really like someone finding that picture on my computer so maybe that was a good thing.

Pictures!
Oh, these pictures suck. My camera is the worst thing to make pictures with in bad light. It really only makes good photo's when it's sunny and everyone stands still 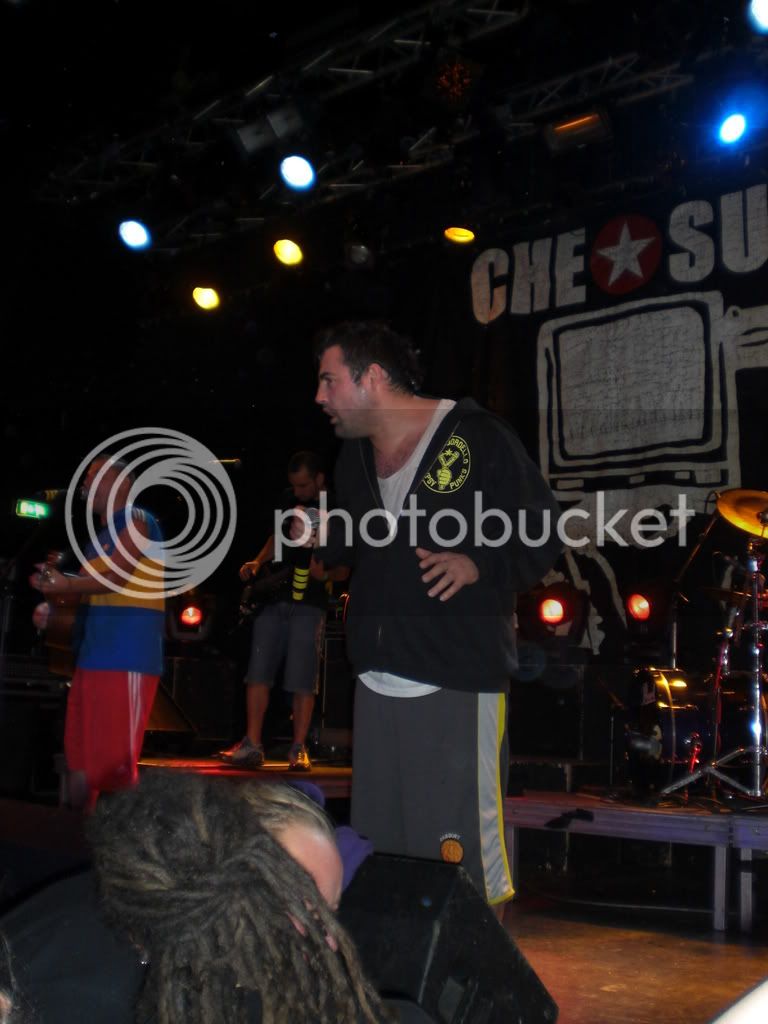 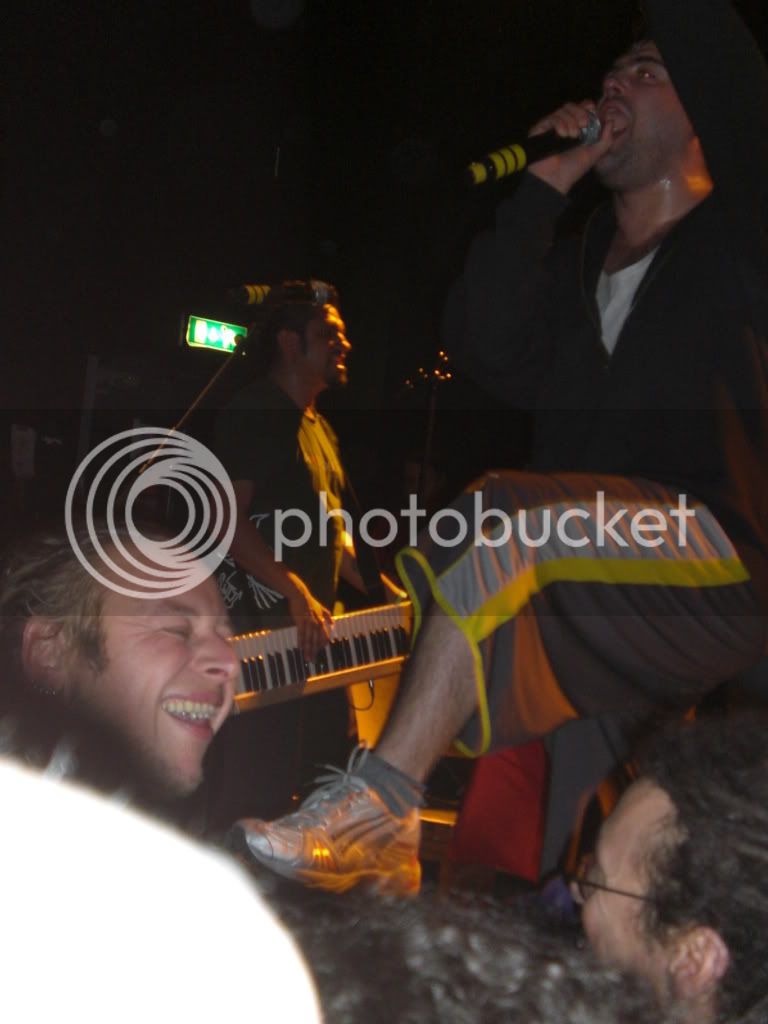 uhm yeah... there certainly was enough movement on stage.. 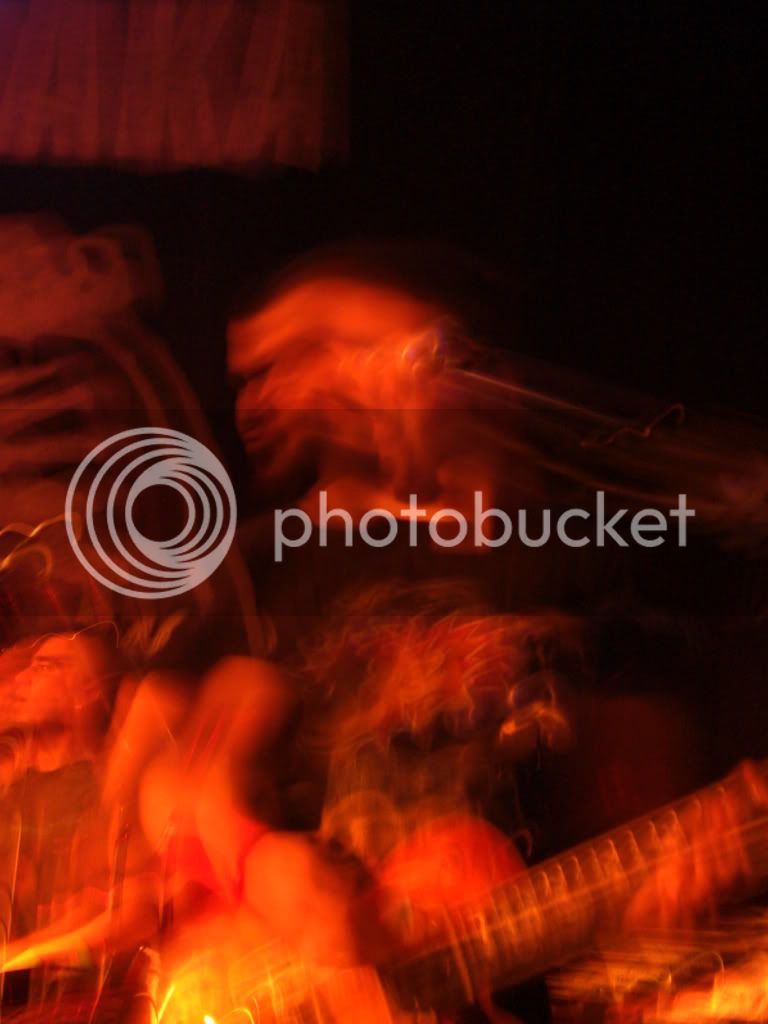 I had no idea what this conversation was about. T was funny to watch though I guess 'Lalalala' would be the right title for this picture 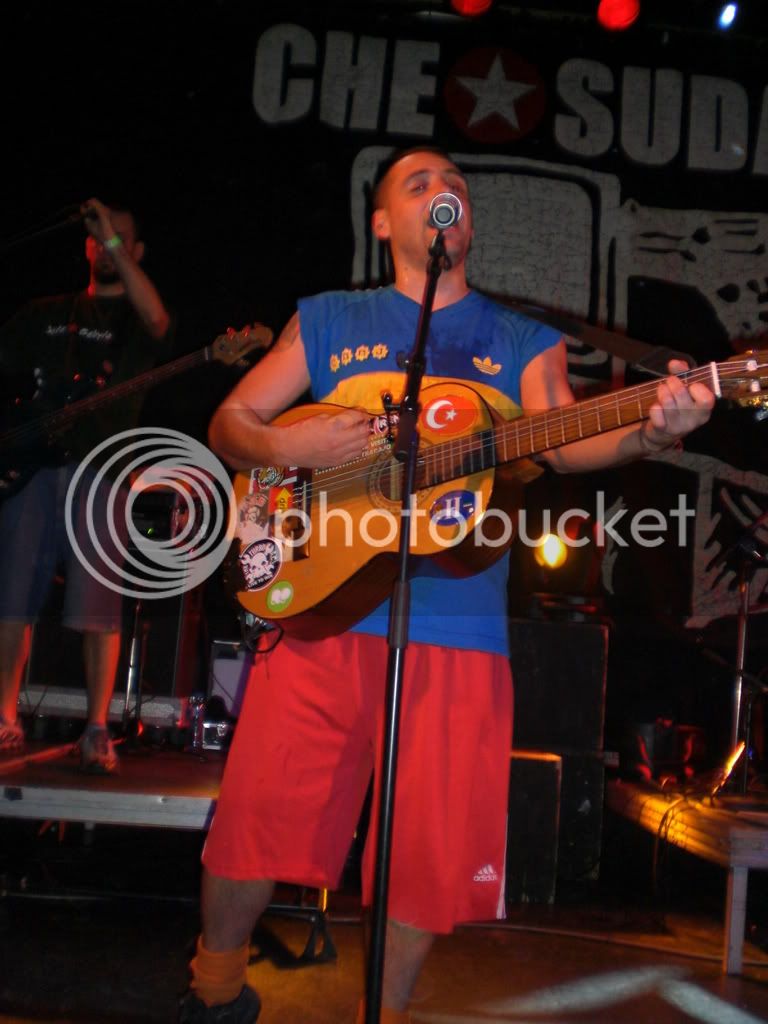 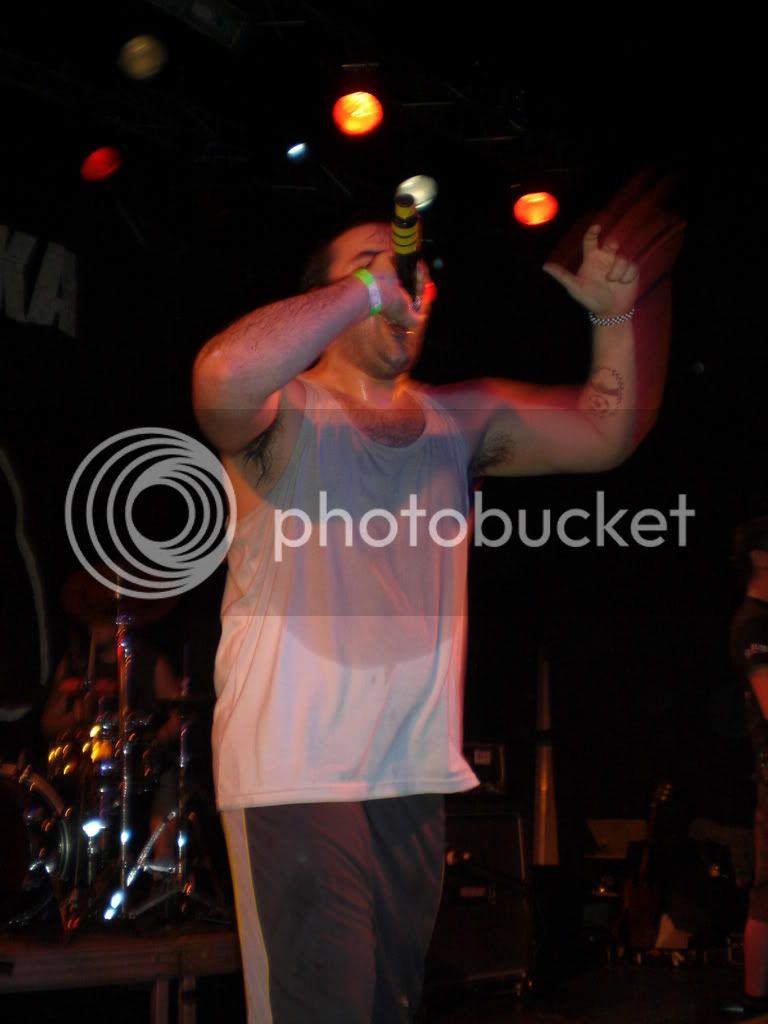 There was a lot of jumping going on. Another reason not to go to the gym after you've been to a che sudaka gig 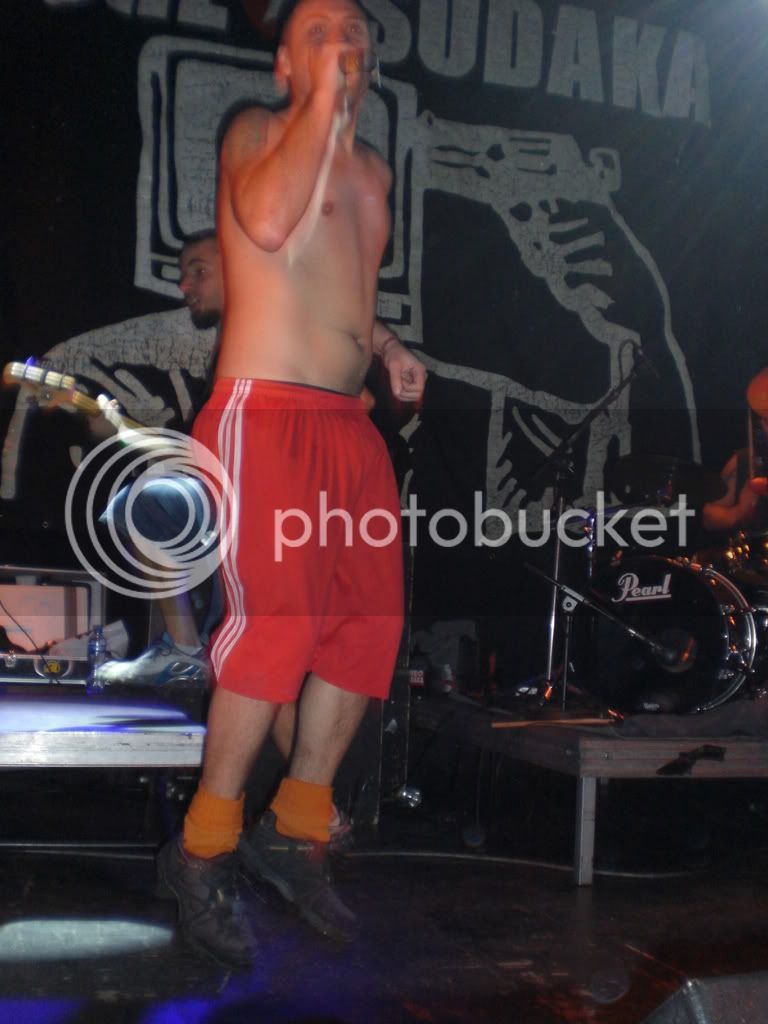 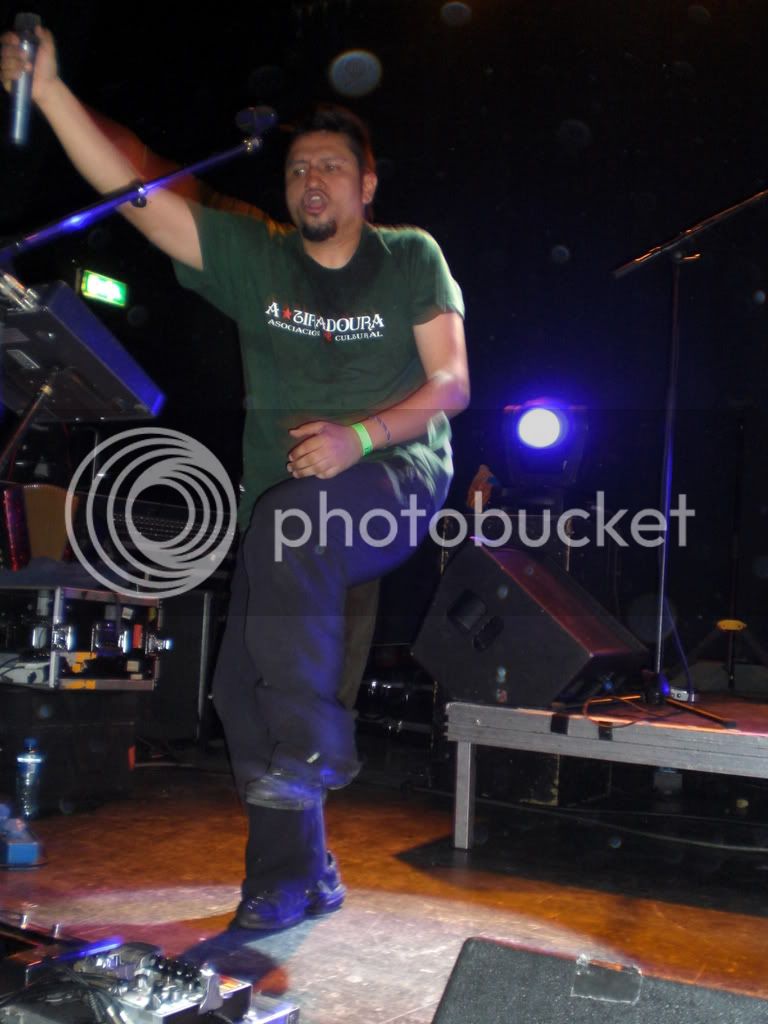 Here started another sing along part for the audience. Luckily it was an easy 'heeey' 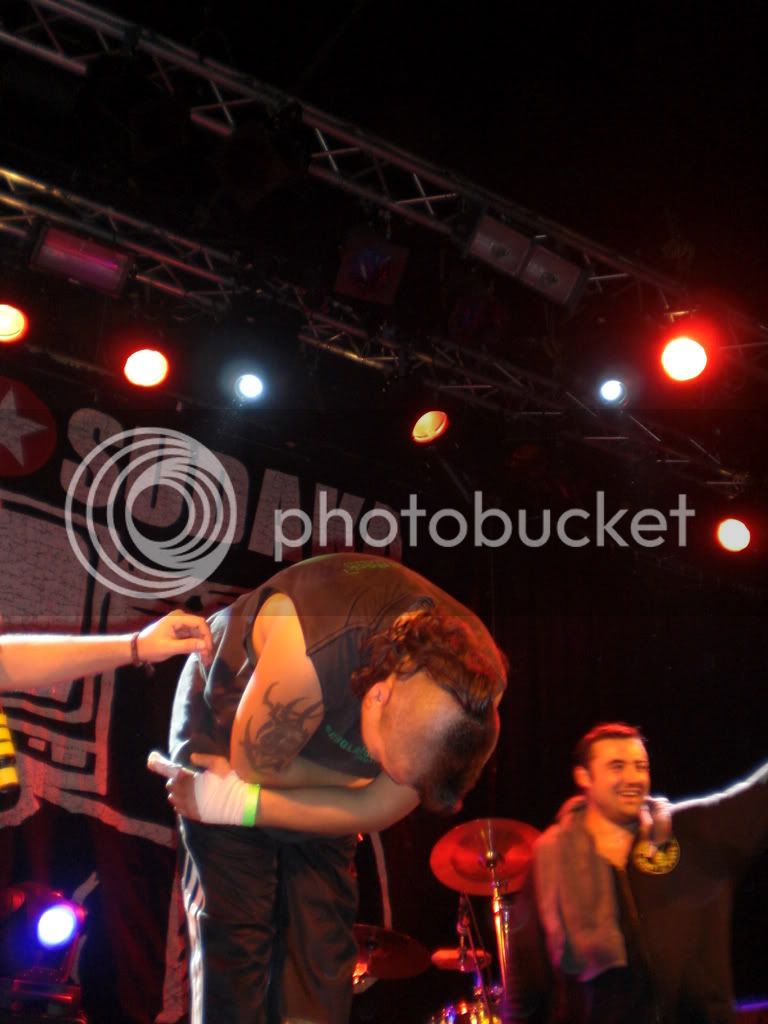 some ballet going on here 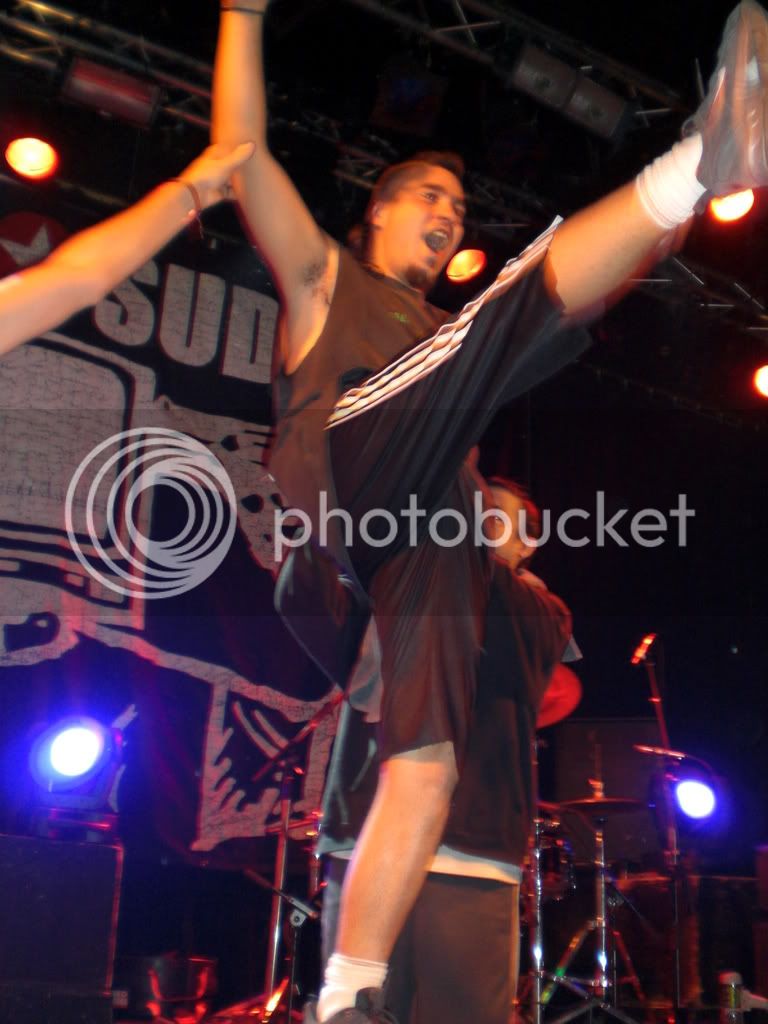 i guess we did well not everyone was that keen to get on the box. 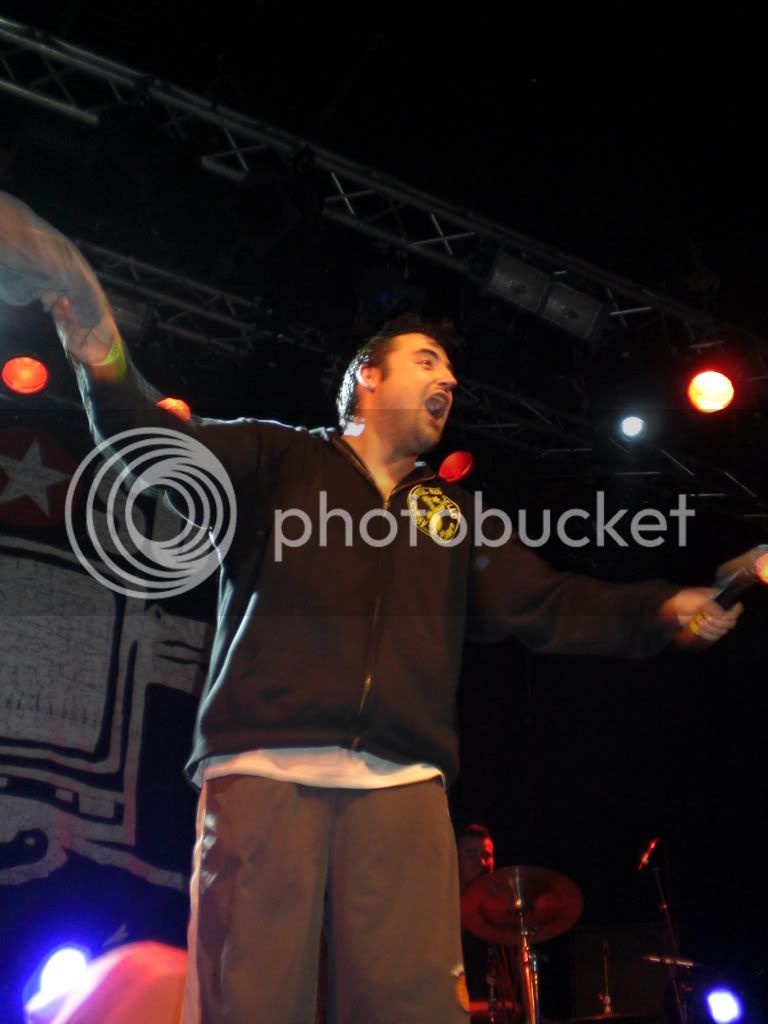 And finally the fashionable last jump of the night 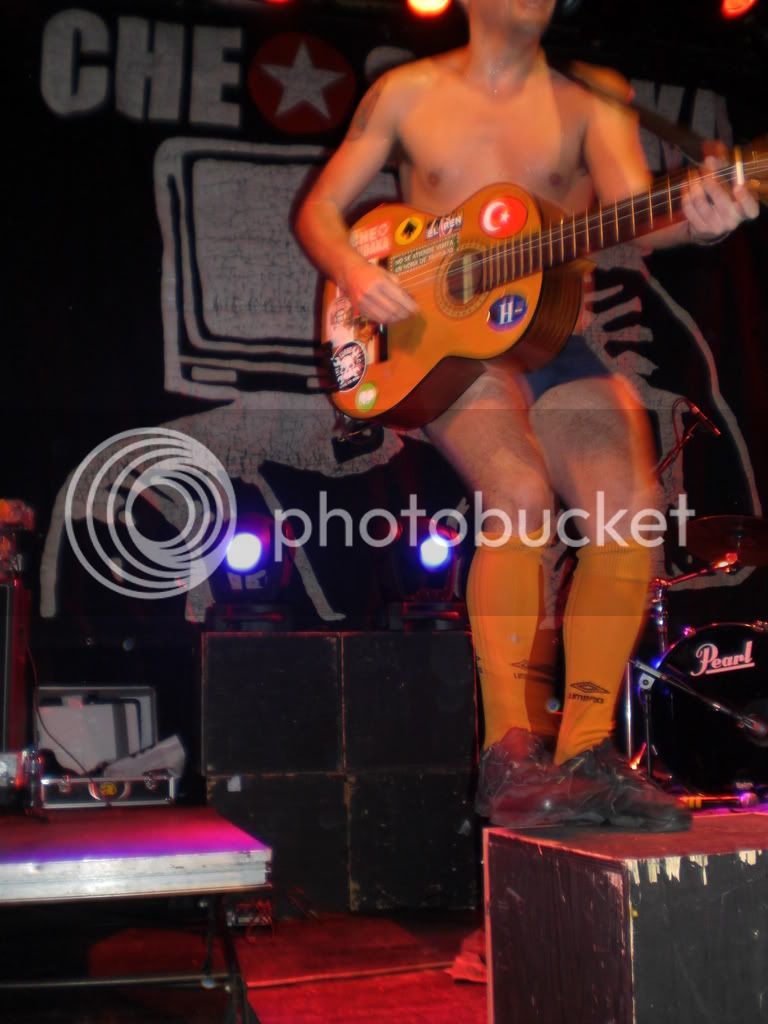 If anyone got some less lame comments on the pictures feel free to quote and post.

it was definately a gig that you don't forget soon. With me they succeed everytime in crossing that language border by making the most awesome music presented with so much energy the whole place will burst out of his walls when it would get more energetic.

To bad I can't go to Wageningen tonight or to Amsterdam on valentine's but I hope to be there at Paaspop at which they will play along side other amazing bands like the Toy Dolls, BZB, Peter Pan Speedrock, Jaya the cat and many other great bands. It's a bit expensive though but for that you get two days of great bands. I'm going to start and save the money and hopefully it will be enough to go.

Always nice to see pictures of a great show, good or bad ones!!
Btw, on the 2end picture, is that Lars????
They tried to undress Fernando, or is it something I don't understand

Thanks for the pictures and I hope maybe next time we can see them both at the same time again!
Anya

No he didn't want to be in the spotlight so he was forced to!
Did you make any pictures?